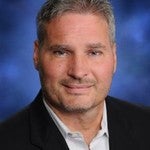 Mr. Canfield practices in the area of construction and commercial litigation matters and represents clients in New York State and United States Federal Courts, and in all arbitration and mediation venues. He is a member of the New York State and Nassau County Bar Associations.

He joined the firm in 1991, after serving as a mechanical engineer and project manager for the U.S. Army Corps of Engineers, New York District, for six years. As a project manager with the U.S. Army Corps, Mr. Canfield coordinated designs of large-scale building construction projects for military installations, serving as the liaison between Army and Air Force users and project designers, from project programming through the successful award of the projects. Mr. Canfield was also extensively involved in negotiation of design contracts and change orders, and in the resolution of construction disputes, particularly those concerning design deficiency or omissions.

Mr. Canfield's firsthand understanding of the professional issues that accompany bringing large-scale construction projects to completion is of great value to clients in large public, commercial and residential litigation. His experience has been of great benefit in representation of developers, contractors, fabricators and suppliers, based primarily in New York but also from such far-flung locales as Quebec, Florida and Japan.

Tell us about your case.

Thank you for contacting us. We will get back to you shortly.

Please complete all required fields below.